I so enjoyed your program on Thursday as well as talking with you afterwards about the writing life!
I was most intrigued by the excerpt from “Worthy” that you read–not just the interesting goings-on, but your descriptive style.
So, having an afternoon and evening full of tasks, naturally, I ignored them all, sat down with your book, and except for answering a few texts from my grown children and putting a rudimentary dinner on the table, I couldn’t put it down and basically stayed with the book until I finished it at 11:30 pm.
( and I must tell you that I haven’t done such a thing since Cold Mountain came out!)
What a delight your book is! Such a page-turner! Such a wonderful heroine and fascinating supporting characters! Your action sequences were so well done, one was right there while reading! Descriptions of people, places and folkways revealed either good research or a close understanding of the world in Rockingham country.I’m inclined to think the latter from what you said. In any case, your descriptions put one right there too.
I also found the dialogue to be natural and convincing, as were the characters. Regional accents can be so annoying in fiction, esp if not done well, but yours was more dialect rather than accent and was completely effective and realistic.
Worthy, like some of her literary ancestors in True Grit and Winters Bone, not to mention, Jane Eyre, and several of Jane Austen’s heroines, is indeed a “worthy” descendant of those fictional notables. We root for her on every page!
I was so interested in your comments about the 8 archetypes, and could partially see how you followed those notions. I’ve forgotten most of what I learned from Joseph Campbell, so if you have a moment I would so appreciate your mentioning those 8. I recall the Guardian–which would have been Mrs Johnson, yes?Also Ellanyer, or was she in perhaps a wise elder category?
The weaving in of the Melungeon people and their history added a fascinating note to the story and made one want to know more. Not being from this area, that was all new to me.
I found it refreshing that your most wicked character was a woman. So often today, the male figures are all bad, it gets discouraging.
I also liked that you let Worthy keep her virginity, though sorely tempted. That’s certainly rare in today’s fiction or film. I grew up just a few years after her time and that was what girls did. (maybe the rural South was different from suburban Catholic New York where I grew up, but my experiences extended beyond that geography and the “rules”still held!)Also, the boys, knew, as Bud did, to politely back off when signals were given. Or they themselves knew the boundaries and didn’t push them, didn’t even need signals.. Such a nice way to have a vibrant dating life without  excess complications and stress!
I have a few quibbles. I kept wondering what made Ruby so nasty. Hattie, we get, she is a true psychopath, evil incarnate. But Ruby seems to have been wounded to the point of total meanness, so that she can never love or trust anyone, though she did seem to love Hank.. One wonders about her background. Unless I missed something, all the hints that she is a Melungeon are not fully resolved in a satisfying way for the reader. The “secrets” in their household that are mentioned on the first page…again , unless I missed it, I was still wondering…
The other quibble is that there are more than one or two typos. The name Thomas came out several times as Thom-as, and many other hyphens went astray throughout the book. Page 97 has some odd word placements. Maybe this was an issue with the computer program?
I mention these things because I ‘m looking forward very much to your next book and I know you want it to be thoroughly professional, worthy of reviewing by seasoned people, etc. Usually after 2 or 3 typos, some folks are likely to turn away.
I would also take a look at your occasional use of the passive tense in sentences where the active tense would be more appropriate. In a novel there is so much going on(I personally am in awe of anyone who writes one!) but it is important that every sentence match the high quality of the book.
I hope you won’t mind my presumption in offering these suggestions. Writing is such a solitary process, we writers have to help each other, don’t you think? You clearly have much talent for fiction–that’s the part that can’t be learned! Things I mention are all about the mechanics and can readily be fixed with a good copy editor, or a few friends doing  read-throughs with red pencil.
Finally, congratulations on having the talent and ability to stay the course with this complex, invigorating book. I found it a great pleasure to read and will eagerly pass on to friends.
Best of wishes, and please let me know when the next book comes out!

Worthy is a debut novel that I read in one sitting. The author, Carla Harper, is a skilled novelist who has done her homework in writing this historical novel. The book is set in North Carolina in the mid-1940’s and the characters are authentic to those times. I really enjoyed Worthy and loved the way it ended.

The  phenomenal depiction of the characters in this brilliantly written book, makes it impossible to put down. Worthy, the young girl will steal your heart as she faces adversity with bravery and a determination to overcome. A captivating story that I wanted to go on forever! Waiting for the sequel, now!

I was looking forward to reading it and Worthy did not disappoint!! It is one of the best stories I have read in awhile! Worthy is an amazing story of one young girl’s strength and courage to seek the truth, achieve justice and follow her dreams. This novel has everything…secrets, lies, love , murder, compassion and justice!! I am so ready for another one, Carla!!

I finished reading Worthy and enjoyed it. It is a wonderful coming-of-age story, but more than that, for me, it is a coming-of-strength story.  My favorite part was seeing Worthy become a young woman filled with strength and plans for her future.  The scene between Worthy and Bud in Chapter Sixteen was beautifully written and gave us a sneak peek of the woman Worthy would become.  Good Job!

I started reading your book aloud to my husband on the way to the beach (a tradition we started in college), and he refused to let me read more once we got to the beach without him. That’s a great sign!  We have a date to read more tonight. So far, we really like the book.

A wonderful suspenseful novel. I loved it! A real page turner. So rich in detail & soul. I grew up in Rockingham county. You made history come alive. Looking forward to your next book.

Your book is a wonderful read, hard to put down. The dialogue sounds so natural for the kind of people in the story, likewise their activities. The way Ruby treated her daughter pained me, but Worthy found a way to survive that relationship, which probably helped her survive some of the other difficult situations she encountered. I was so impressed with Worthy’s resolve to listen to her heart, time and time again. She didn’t follow Bud’s path, she created her own. I liked that. I think Worthy’s strength can be an encouragement for your readers.

A “most worthy” book! A simple charm coupled with an unfolding “who dun it” all the while sharing the opening of a beautiful flower; a young woman named “Worthy”.  A must read from a very discerning reader.

I just finished reading your book Worthy and wanted to let you know how much I enjoyed it.  I really enjoyed the character development and thought you did a great job. You are a gifted writer, so I’m glad to see that you are pursing your talent for writing.  All the best.

“I really enjoyed the read. It was a fascinating story! I must say, I had a hard time leaving your story alone. I especially love how human and three dimensional your characters are. You really bring them to life. Your descriptiveness also put me right into the scenery.”

I’m LOVING your book.  I’m forcing myself to put it down at night, both because I need to sleep, and because I DREAD the day it’s finished!  I LOVE it!!   Thanks for finally putting it down on paper!
Seriously, it’s written so “colorfully” and it gives a realistic picture of small town life in the South in the 40’s.  My mom was from southestern Va, and I spent MANY weeks every summer with my grandmother in her tiny quaint town.  I had uncles who were farmers and everyone knew EVERYONE, and everyone knew everyone’s bidness!   Your book is taking me back to those fun summers, and that “foreign” way of life to me (at the time).

This story crosses all generations and proves once again, that a person should “never give up!”

I finished your fabulous book today ?! I literally devoured it in no time at all. Loved the strength fleshed out in the women!

I have finished the book and I loved it. It kept my interest and made me want to read to see what was going to happen next.

It was an outstanding read and I look forward to your next book!

Carla Garrison Harper, I have just finished reading, Worthy, and am anxiously waiting on the sequel to find out about her college days! Just when it ends, you want more, more, more. What a great, interesting read with thrills of the by gone years! Finding out about your family heritage and moving forward to move forward in the world, that’s just what Worthy did! I look forward to reading another book by YOU!

I enjoyed Worthy and loved that the setting is just down the road. I love learning history told in a story. It brings it more to life. So glad your dream has been realized and you did a fantastic job!!

Betrayal is probably the toughest thing to get over. When … END_OF_DOCUMENT_TOKEN_TO_BE_REPLACED 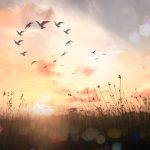 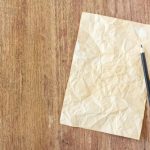 In everything that is of God, there’s freedom and … END_OF_DOCUMENT_TOKEN_TO_BE_REPLACED 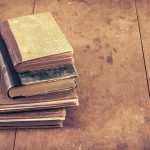 God is the perfect teacher. He provides opportunities to … END_OF_DOCUMENT_TOKEN_TO_BE_REPLACED

Even by today’s measures, Solomon is considered the richest, … END_OF_DOCUMENT_TOKEN_TO_BE_REPLACED